This insightful video (produced by Dalit Camera) is perhaps the most rigorous perspective with regard to the statement made by Prof. Ashis Nandy at the Jaipur Literary Festival (JLF). Baraza has nothing but deep respect and warm regard for Prof. Ashis Nandy. We have enjoyed his support and good wishes. As a forum, we do not hold an opinion with regard to the issue at hand. Though, as the South Asia Coordinator responsible for the South Asia content produced during this academic year, I would like to express my deep disappointment with regard to the manner in which Professor Nandy phrased his observation, as well as the manner in which he chose to react to the backlash.

More disappointing than Prof. Nandy’s unfortunate, inaccurate and defamatory statement–regardless of its intended meaning, has been his reaction, the reaction of the Indian Press and the large majority of academics focused on understanding India. There has been little rigorous debate or genuine reflection. Most established academics have rushed to defend a friend, and a revered colleague, less established academics have stood by Prof. Nandy and the Jaipur Literary Festival for reasons that can be interpreted as a choice based on professional opportunism rather than intellectual rigor or scholarship. Additionally, the media have played their usual role in protecting and promoting the most profitable and corporation-friendly line of argument.

Some public figures have suggested that the current reaction is aimed mainly at politicians and activists who brought the Law and Police into what should have remained a scholarly debate. Legal action and academic scholarship are two seperate domains and the two must not be conflated. With regard to the issue of legal action, academics who are not legal scholars and who do not engage with legal scholarship should reserve their opinion with regard to legal proceedings. Laws that protect minorities in India derive from the aims of the constitution–namely “equality of status and opportunity.” They are the product of rigorous debate and aim at giving legal protection to members of persecuted communities.

Though currently undervalued, these laws stem from legitimate civil rights movements and affirmative action initiatives. They have legal, rational and historical source in Gandhi’s commitment to the protection of marginalized communities, which was at the heart of the success as well as the guarantees of India’s freedom movement. Additionally they result from the terms of the Poona Pact, where it was agreed that the Dalit community would join with the Indian Republic on the condition that provisions of protection were made against the historic discrimination that the community has faced.

These protections are at the very foundations of the Indian nation. Any debate with regard to these laws must include an understanding of their source as well as a sound understanding of legal theory. What is at stake are issues of constitutional significance. Informed debate is crucial. There might not be agreement with regard to the founding values of the Indian nation  or the laws that have come to govern it. Still, there are processes, in particular legal processes, that must be respected in any democratic society.

The need for extreme legal measures is a measure of the voicelessness of the Dalit community. There is a considerable lack of fair representation of Dalit perspectives in the media as well as in mainstream scholarship. Where is the platform for genuine debate that includes the Dalit viewpoint? If there were legitimate streams of debate (and I feel that the treatment of Prof. Nandy’s statement indicates that there are not), then I do not believe that legal action would have been considered necessary. Legal action is currently a stand in for fair debate.

Legitimate debate requires freedom, but it also demands that freedom be constrained and informed by truth, rigor and participation across class, religion and community lines. With this video, for example, and other scant sources of dissent to mainstream perspectives, I feel that some space is emerging. This space can be choked off, consciously or unconsciously, if we engage in poor intellectual practices.

As an observer of current events in India, I am not surprised that academia remains an old boys network where friends are safeguarded without regard to the consequences such protection has upon the space for public discourse. Given their treatment of the gang rape of the young medical student in New Delhi, I am not surprised that the mainstream media in India continues to function as a shield for the privileged. Nonetheless, I am deeply disappointed by Prof. Nandy, a man whom I admired and continue to admire deeply; I expected more from him. We all make mistakes. This is trite but true. What is significant, therefore, is not so much that we err but that we should be willing to risk our own safety as well as our personal comfort, ego and reputation to make sure that the consequences of our errors in judgment are restrained, as far as humanly possible.

In his response, Prof. Nandy has shown neither concern for the sentiments of those whom he has so callously insulted nor regard for the sanctity and rigor of public discourse and debate. As a responsible scholar and an established authority, he should have exercised caution in articulating his argument. If and when he fails, he should concede his failures and should set a powerful example for all to follow.

Prof. Nandy has been a central inspiration to our work at Baraza, but he is not a sacred cow; nor does the Dalit community constitute a sacred cow. As Dr. K. Satyanarayana argues so eloquently in this video, they have never collectively asked to be treated as such. However, what must remain sacred is the integrity of space for public discourse. As scholars rally to Prof. Nandy’s support on the basis of personal affection and solidarity, they blaspheme the burgeoning possibilities of legitimate debate in India–creating a worrisome and articulate brand of neo-feudalism and intellectual thuggery.

I expect that Prof. Nandy should insist that his colleagues consider his case with diligence and sincerity. He should request that they examine the matter with the rigor of their minds and not through the smoke and mirrors of affection in their hearts. Perhaps, I expect too much from him. Though, after all, it was Prof. Nandy who spoke to Baraza about giving into the temptation within us that is Gandhi. If anything, I only expect that he will live up to his own lofty words. We can of course argue for compassion with regard to legal sentencing, but as academics and scholars, we must not attempt interference with the due process of law. We certainly cannot manipulate our argumentation to save a revered scholar from uncomfortable consequences. When we sign up for a life in scholarship, we claim to speak for truth and rigor. In so doing, we forfeit the ability to speak for ourselves and the sake of our own personal comfort. An ancient Sanskrit aphorism demands: “If you seek ease, forfeit scholarship. If you seek scholarship, forfeit ease.” 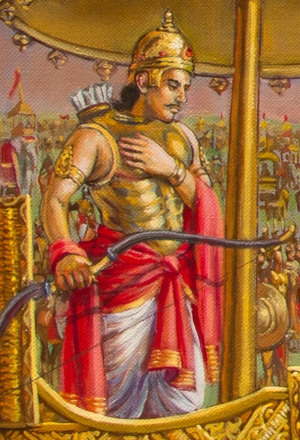 Given the events of the recent past, I cannot help but recall Naom Chomsky’s exceptional piece, “The Responsibility of the Intellectual.” Here he writes, “IT IS THE RESPONSIBILITY of intellectuals to speak the truth and to expose lies.” I have deep reservations with the title of the “Intellectual.” I hold that the moment anyone stands to think for others as a figure of authority her conduct breeches the bounds of tyranny. Nonetheless, so long as such figures continue to claim an existence in human society, Chomsky’s call becomes an essential mantra.

My mind cannot help but wander to the narrative of the Bhagavad Gita: The image of Arjuna shedding his ego and rising to fight his own loved-ones in the name of truth and for the sake of the protection of common men and women shines brightly in my imagination. Where are the true warriors of the intellect? In India, there seem to be a scant few remaining on the battlefield of the mind.

One thought on “Is Prof. Ashis Nandy a Sacred Cow?”