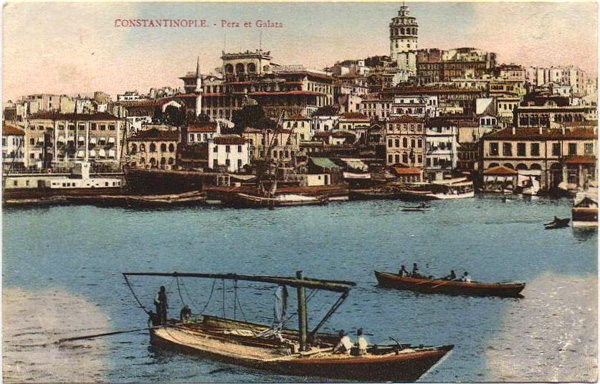 The sounds of Turkish resonate with me because I grew up hearing Western Armenian. Our Armenian shares the softer, raised vowels of Turkish, along with a sing-songy, tap-dance cadence. When I moved to Istanbul after college, I was, without knowing it, already an expert on Turkish vocabulary for foods, terms of endearment, and insults. Whenever my grandmother cooked me mantı (mini soup dumplings), called me yavrum (“dear”), or cursed another driver by screaming dangalak (“idiot”), she was inadvertently passing onto me a motley vocabulary for my years in Turkey.

The Turkish and Armenian languages share words for food, love, and hate, but, unfortunately, the relationship between Turks and Armenians is largely defined by hate. Most of this hate has its roots in events that took place during and after World War I (1914-1918), namely Armenian Genocide (1915-1923) and the Turkish War of Independence (1919-1923). Entire books (and careers) have been devoted to studying this brutal transition from the Ottoman Empire to the Turkish Republic, so I will not go into the details here. Needless to say, the border between Turkey and Armenia is closed to this day, lined with barbed wire and watch towers. The relationship between the two peoples, while improving slowly, is far from normalized.

This period of murder and violent expulsion acted like a giant linguistic sieve, straining out all of the “foreign” words. Around 1930, the Turkish state began creating a new language, modern Turkish. Unlike its newly disowned Ottoman sibling, modern Turkish shunned the Arabic alphabet, replacing flowing curves and dots with their upright Latin counterparts. Thus فنجان  became fincan (‘cup’) and چاى became çay (‘tea’). Turkish authorities also expelled hundreds (if not thousands) of Arabic and Persian loan words, concocting “pure” Turkish replacements in their stead. Sounds that seemed too guttural or “Eastern” were also on the chopping block. The frictive letter khe (خ, pronounced like the “ch” in “Bach”) became a simple “h”, and the letter ghayn (غ) changed from “gh” to soft “g” (ğ, pronounced like the “gh” in the English word neighbour). Thus, “yo-ghurt” became “yo-urt”.

As Modern Turkish developed, a movement grew around eliminating non-Turkish languages from public life. People speaking Greek, Armenian, and Arabic faced discrimination, beatings, and fines. The movement, started by students and supported by the government, coalesced around many slogans, the most famous of which was “Vatandaş, Türkçe konus!” (“Citizen, speak Turkish!”)

Looking at images from before this period and comparing them with images from today, we can see how effective this campaign has been.Thanks to the photo collection of Orlando Carlo Calumeno, a wealthy and eccentric businessman in Turkey, we have a wealth of such images. Calumeno has collected thousands of postcards which give us a glimpse of what the Empire looked like in the years before the linguistic rupture. In 2005, a book of his postcards was released. Titled 100 Yıl Önce Türkiye’de Ermeniler (Armenians in Turkey 100 Years Ago), it contains a collection of hundreds of photographs capturing Ottoman Armenian life before 1915. A second volume was released in 2013. In addition to showing us images of Ottoman Armenian life, the postcards also provide a glimpse of Ottoman Istanbul’s linguistic diversity: 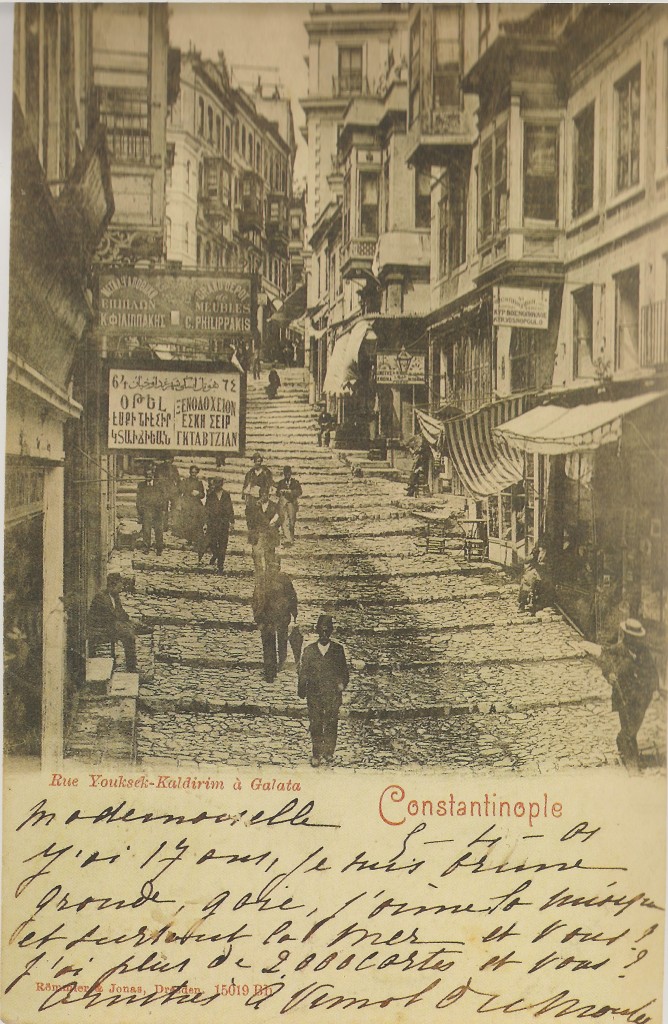 The postcard above is from 1901. The neighborhood, called Galata, rises over the Golden Horn, an inlet splitting Old City from the rest of European Istanbul. Think of Ottoman Galata as the Brooklyn to the Old City’s Manhattan. Galata was a bastion of diversity, where non-Muslim communities like Greeks, Armenians, Jews, and Venetians lived among the embassies of major European powers. Correspondingly, the storefronts in the postcard offer us information in several languages – Armenian, English, French, Greek, and of course Ottoman.

Elsewhere in the city as well, it was commonplace for the streets to offer passersby a view of several languages. The “Chicago” grocer pictured below shows us a combination of Greek, Armenian, and English: 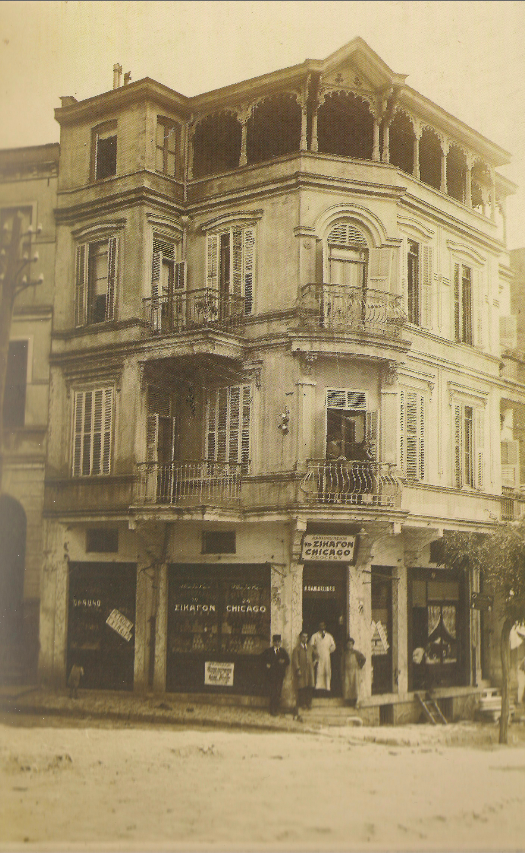 Today, only the most diligent of tourists in Istanbul would be able to find the traces of these vanishing minority letters. The point never resonated with me until I visited the church of Surp Hreşdogabat (Armenian: Սուրբ Հրեշտակապետ, soorp huh-resh-da-ga-bet, “Holy Archangel”) in Balat, a neighborhood of narrow cobblestone streets and old Greek houses. Just across the Golden Horn from Galata, Balat was traditionally Greek, home to the noble Phanariot families who spent centuries in some of the Imperial administration’s highest posts. A plaque offers some history about Surp Hreşdogabat Church: 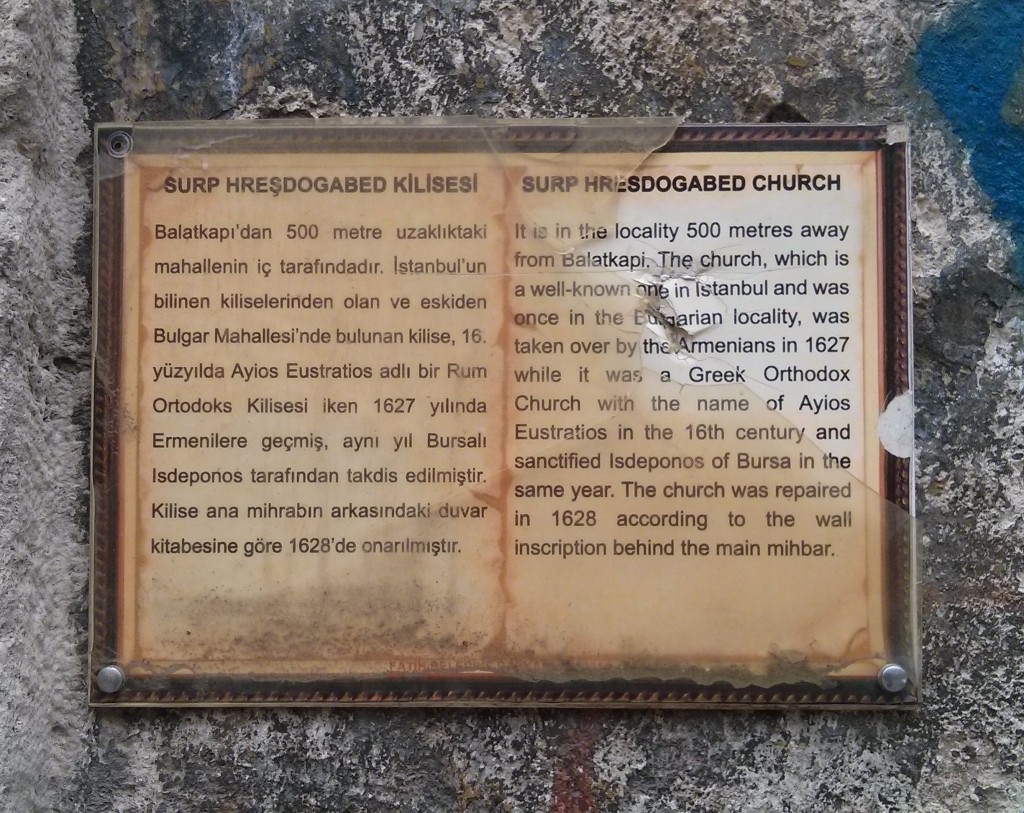 A century earlier, I could have walked by the most mundane locations, grocers and hardware stores, spelling their signs in five different languages. Armenian, like Greek, Arabic and French, was a permanent fixture in the aural and visual landscape. But the streets have changed. Today, the most prominent signs of this past cosmopolitanism are preserved in glimpses on imperial postcards.

6 thoughts on “Ottoman Postcards in a Post-Ottoman World”