Ashraf Khalil’s Liberation Square offers a gritty and engrossing account of the events that took place in Egypt in 2011, using the voices of both Egypt’s most prominent political observers and the activists who risked everything in pursuit of an ever-elusive dream. Khalil, who has covered regional politics from Cairo, Jerusalem, and Iraq for a variety of publications over the past 15 years, adds his perspective to the narrative, allocating praise and blame in careful doses. An Egyptian-American raised in the States, Khalil’s personal stake in the outcome of this upheaval makes him a unique interlocutor. As such, Liberation Square is not simply a catalogue of Egypt’s revolution; rather, Khalil, who is not afraid of colorful metaphor or bawdy language, calls for systemic change. Delving into the psychology of the uprising, Liberation Square illuminates both how corrupt Mubarak’s regime had become, and how improbable the success of the uprising to oust it was.

Khalil begins with a historical look at Mohammed Hosni Mubarak’s rise to power. A stolid and uninspiring air force general, President Anwar Sadat appointed him vice president because he was not a threat. Sadat’s abrupt assassination unexpectedly pushed Mubarak to center-stage, where his risk-averse and unimaginative nature suited all comers – the military, the United States, and Mubarak’s Arab counterparts So, he remained for 30 years.

At the end of his second decade of rule, Khalil notes that Mubarak’s name was still off-limits for criticism in the Egyptian media and at protests. Neither loved nor hated, this accidental ruler maintained a certain aloof dignity, cultivated an image for himself as the father of the nation, and cemented his base with generous patronage. However, this slowly began to change. Mubarak’s support for the 2003 Iraq war and his willingness to stall the Arab-Israeli conflict (i.e. to close the Egyptian-Gaza border and live with the Israeli occupation of the West Bank) were extremely unpopular. The growing obviousness of the Gamal Mubarak inheritance scheme swelled the ranks of political activists. The Kefaya movement, which means “enough,” was founded in 2004 to protest Mubarak’s son, Gamal, taking power. Though its membership comprised mostly of leftists, Kefaya broke the taboo of attacking the Mubaraks directly and solidified a seasoned opposition movement outside the purview of the regime. Additionally, the Egyptian media environment benefited from an opening prompted by the “democracy push” that the Bush administration briefly pursued. As Mubarak approached his 30th year in office, the activist community felt a momentum for change building behind them.

One of the most unfortunate—yet often-repeated—myths about the uprising against the Egyptian regime is that no one saw it coming. This is not true. While many political scientists and economists were blindsided when the Egyptian people seriously intervened to change the course of Egyptian politics, in this last decade of Mubarak’s rule, there was a growing body of literature and film that pointed directly to the potential for such an uprising (not to mention the real opposition movements like Kefaya, April 6th, and a string of labor strikes, the largest at Makhalla). An uprising was not inevitable, but slowly, it became legitimately possible that the status quo would crumble. 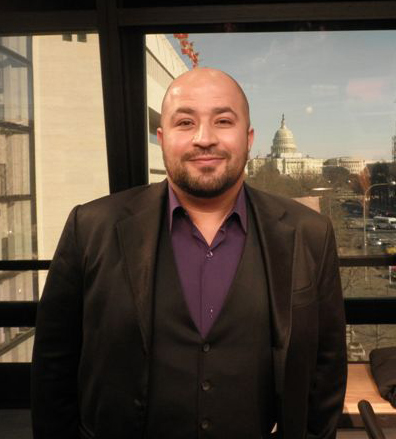 Khalil highlights several examples of this almost dystopic body of literature that reflects the plight of Egyptian society in the late Mubarak period. Recently-accusedwriter and critic Alaa Al Aswany’s The Yacobian Buildingdrags the reader through the muck, filth, and corruption of contemporary Egyptian urban life. Sonallah Ibrahim is another author whose work can certainly be counted in this circle. He has been writing subversive literature for decades, though, including novels like This Smell, The Committee, and Zaat that darkly portray and parody the perverse and soul-crushing logic of the military state. Ibrahim took the stage in 2004 to accept the novel conference award from the Egyptian Supreme Council of Culture only to decline it and use the platform to call out the charade for what it was – another attempt to bring artists and writers into the pay of the regime. His principled writing and activism is a wide brick in the foundation of the 2011 uprising.

My favorite literary work that demonstrates how close the regime had pushed this current generation of Egyptians to the edge is I Want to Get Married, by Ghada Abd Al Aal. While often characterized as light “chick lit”, there is something much more profound under Abd Al Aal’s often hilarious descriptions of the trials and tribulations that young aspiring Egyptian wives face. In trying to find a husband, the protagonist, Bride, is followed by a suitor who is also a police officer, robbed by another suitor, asked to be another suitor’s third wife, and informed by yet a fourth that he is married abroad but will marry her in Egypt to appease his mother. The humiliations of this process make Bride despair of ever finding a husband. Looking around at her aunts and mothers, she wonders, even, if it is worth getting married to then take care of a pack of children and useless husband.

At the end when she is still unwed, Bride turns to the subject of “old maids.” The word in Egyptian Arabic, ‘anis, denotes a single woman who has passed the age of eligibility because she carries such fault or shortcoming that literally no one wants her. The narrator implores readers to stop using this word even in jest. Of those who don’t realize how hurtful it is, she says, “Those people who don’t feel the pain of others don’t deserve to be human.” (p. 145) It is not hard to see how this sentiment could apply more broadly to life under Mubarak. On top of the frustration and despair that Bride feels because she cannot move on to the next phase of her life, she is mocked for her failure. Whether married or single, the prospect for a decent life seems slim; the selfishness of others is the only certain thing.

Liberation Square offers a front row seat to how years of activism and resistance finally collided with the right moment in time on January 25, 2011. The momentum from Khaled Saeed’s death, months of labor strikes, and a blatantly rigged parliamentary election finally met the limits of public tolerance. Khalil describes incredible moments of individual and collective courage: a young woman standing on a raised platform, waiving an Egyptian flag in a cloud of tear gas; protesters frantically organizing to fight pro-regime thugs as the military sinisterly withdrew from Tahrir; an Alexandrian family protecting Al Jazeera reporter Rawya Rageh from police as she filmed intense clashes. The subtitle to the uprising could be, “a return to basic decency.”

Returning to Cairo this week after a year in the United States, I was struck by how much the city seems unchanged. True, the hulking skeleton of the burned National Democratic Party building mars the eastern skyline of the city, marking the entrance to Tahrir Square. The square itself is lined with graffiti; the administrative building where I would sweat in a crowded corridor waiting for my visa is defaced and boarded up. Across one of the largest thoroughfares leading to the city’s center, a wall three meters high bars the passage of traffic. Outside of that five-block radius, however, it is hard to see that the president of a thirty-year regime has been deposed. In point of fact, the regime Mubarak oversaw still remains.

In part, the apparent quiescence of greater Cairo is what makes the events of 2011 so remarkable. Ordinary citizens emerged from the quotidian bustle to join the activists as they made their way to Tahrir Square on January 25. Throughout the following months, they came down from their homes again and again. Khalil’s Liberation Square sheds light on just what kind of courage it takes to puncture the normalcy, to break rank, to shout. While it may be hard to see sweeping change in Cairo a year after Mubarak fell, it is not hard to hear it. People are talking about how things are and how they should be in the most seditious way, which is to each other and in public. Despite the halting pace of meaningful political reform in the last year, that is a profound change.

Thalia Beaty is research associate at the Council on Foreign Relations. She was a fellow at the Center for Arabic Study Abroad in Cairo in 2009.