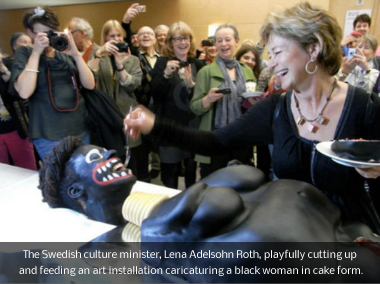 My father is an art historian. One of the criticisms I remember him leveling against non-art historians over breakfast was that “x doesn’t know how to read an image.” I had always assumed this was one of those criticisms that don’t really mean anything like: “x totally misrepresents Foucault here” or “x’s discourse is hegemonic.” The past few weeks have given a couple of examples, however, of just how right my father was and how wrong I was. It seems no-one, including myself, really knows how to read an image.

The first is the case of the Swedish Culture Minister and the racist cake. Lena Liljeroth was photographed smiling as she cut into a cake that depicted a racist caricature of a black woman. This has been taken as, at best, a misjudged, ill thought-out stunt and, at worst, a deeply problematic symbol of lingering racism in Swedish society. My first reaction was that it was a provocative post-colonial critique. The head of the cake was replaced by the head of a real person who was screaming with pain throughout the proceedings. My interpretation: Europe has been gleefully cutting up the proverbial African and eating their very flesh oblivious to the human being in pain underneath the surface (vel sim).

END_OF_DOCUMENT_TOKEN_TO_BE_REPLACED 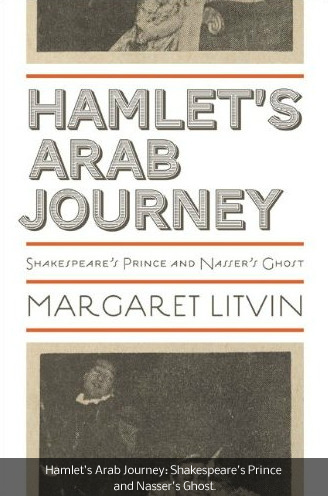