As I watched, I realized I was being (re)introduced me to a cast of familiar characters. They were singing a tune I know, rehashing a narrative I remember enjoying, and rehearsing a set of classic Disney conflicts about loyalty, authority, and adulthood. Yet they were doing it all in Arabic, a language I’ve learned, however imperfectly, as an adult. As with any successful translation, it is neither an exact copy nor a wholly new work, but an intermediary text which contains recognizable elements of the original while standing on its own aesthetic merit. As a student of early modern Arabic literature, however, I rarely have a chance to engage with English texts translated into Arabic, especially those from my own childhood in the United States. Watching a clip from The Lion King in Arabic not only raised questions about what constitutes a successful translation, but left me with an uncanny  feeling of having encountered an element of my self through the eyes — or in the voice — of the Other. END_OF_DOCUMENT_TOKEN_TO_BE_REPLACED 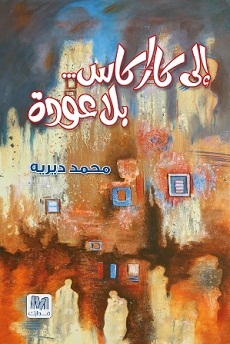 END_OF_DOCUMENT_TOKEN_TO_BE_REPLACED

As a poet, Abdalla became well-known only after his term in prison (1969-1972), to which he was sentenced as the author of ‘Kenya: Twendapi?’ (Kenya: where are we going?). He earned his first literary recognition with a didactic poem on the Qur’anic story of Adam and Eve, but it was the publication of Sauti ya Dhiki (Voice of Agony) in 1973, a collection of poems he had written secretly on toilet paper while in prison, that made him famous. Using traditional genres of Swahili verse, Sauti ya Dhiki covered a broad range of critical topics with remarkable depth and originality: the perils of colonialism, racism, material greed, and social injustice. But also the loneliness felt in prison, the persistence of his political struggle, and a plea against abortion from the perspective of an unborn child. Readers were awed by the force and scope of his verbal artistry. END_OF_DOCUMENT_TOKEN_TO_BE_REPLACED